Skip to content
So I’m perusing Facebook when suddenly I see some guy comment on my friend’s timeline. Upon further inspection I notice that this guy is actually a grown man with graying hair and a shared last name with my friend. That and the use of nicknames called to my friend in which I have never heard before confirms it – that’s my friend’s father. In seeing this post, obviously I thought it would be rude to not introduce myself to my friend’s pop. Next thing you know, I’m in a conversation thread with another dad, so it’s two dads and me in a conversational thread talking about pizza and beer. I guess you could call me the daddie whisperer.
At first glance it’s cringie right? Your dad commenting on your social media, calling you things like “Hunnie bunny” and “Sweetums”. Why couldn’t your dad just message you via text or something right? Well here’s why they don’t. Due to you being a young person and social media being such a force in our daily discourse (especially among young people), they are going to @ you. And they will say cringie things to you because they do not give a fuck. I have this theory, which I feel like is already a fact of life, that the older you get, the less fucks you give. Like seriously, you get older and the idea of death starts to escape you. You fear other things like your 401K, your mortgage – gone are the days when maintaining relationships were super important. They’re old and they’ve figured out what they want out of life. This is why my dad has a sweet barrel of a stomach and plays YouTube videos at their loudest volume in public sans headphones.
When we (as young people) consider who’s considered cool, we usually say that people who don’t GIVE A FUCK are cool. With that logic, dads are cool as fuuuuuuck. And it if you think about it, looking like a dad is cool nowadays. Dad hats and fanny parks are in! Going golfing and drinking whiskey on the rocks is cool! When I fuck your girl, she screams daddie at me – that’s also super cool! Being a dad is cool as fuck. So love and rejoice you dad and while you’re at it, let out your inner zaddiezzz. 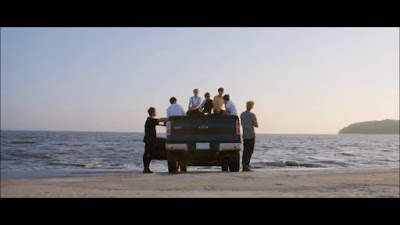