In 1999 Harold Sakuishi created one of my most favourite manga ever – Beck Mongolian Chop Squad. Beck is a coming of age story about five Japanese teenagers doing their best in becoming a successful rock band. A feat that many have tried to accomplish but few actually do. The story is actually the reason why I got into music and playing guitar and I would say that it’s the series that ignited in me a passion for having a passion. Before this series, I didn’t understand what it meant to want to devote your life to something. It was Beck that taught me that life is better when there is something that you want to get better at. Granted, I never got that good at guitar because around that time, I also started playing team sports and my priorities shifted . . . but if it wasn’t for Beck, who knows if my ambition for happiness and fulfillment would have ever come through.

I believe in gravity. I believe in the weight of your words and that your actions have a ripple effect on others. I believe that your attitude and how you react to things, will translate to how others around you behave. I believe that for the most part, people will treat you a certain way because you let them treat you a certain way. That’s gravity – and sometimes if you’re lucky you pull in the right people. Beck Mongolian Chop Squad displays this principle perfectly. In this story, we have a group of young kids who are trying to achieve a near impossible goal. They want to make a living and be successful recording artists that tour and sell albums. This is a dream that I’m sure many dedicated musicians have had and this is a goal that the titular band – Beck has.

Through any great goal, there will be obstacles along the way. If it was easy everybody would be doing it. And the challenges that they face in order to reach their goal, aren’t any different from the challenges that everyday people face in reality to live their lives. Challenges like money, time, the influences of others, and disbelief – it’s just one thing after another. But that’s life right? The more you grow up into adulthood, the more you realize that life just fucking sucks and that problems never stop piling up. However, Koyuki, our main character believes in his goal and he works hard to achieve it with his bandmates. This is where gravity sets in. Koyuki works hard, believes in his bandmates, believes in himself and those around him. There are moments where his bandmates doubt themselves and where it seems like Beck is going to break up, but it is the belief that he has that inspires those around him to progress towards their goal. As a reader, Koyuki’s gravity is so strong that it even pulled me in. I became that kid in my preteens who was obsessed with the Chili Peppers and Led Zeppelin.

I would say that I’m an optimistic person. Even when shit hits the fan I try my best to stay optimistic and search for the light and a way out. Beck Mongolian Chop Squad taught me that even in adversity there is no reason to behave like you’ve already lost. I believe in doing my best, believing in myself, and that nothing is done until it’s over. I believe that my attitude towards life will be something that can reflect on to others. I don’t believe in dragging others down (to their face anyway 🤭), but lifting them up. Gravity is real and you can change an entire room if you’re doing it right. Even something as trivial as being a good time at a party or something more serious like being there for a friend when they’re down in the dumps – your gravity can effect it all.

Sure, maybe stardom and worldwide success isn’t the goal that I’m gunning for, but even if it was – that’s not something that I can do everyday my entire life. Being optimistic, being confident, helping others – I can do that all day. And the best part of it all is that it’s free. I guess if I had a super power or a talent that I possess and am proud of, it’s the fact that I understand gravity, how it works, and how I can affect others. And I’d have to thank reading Beck Mongolian Chop Squad for that. Now let me suck you (in). 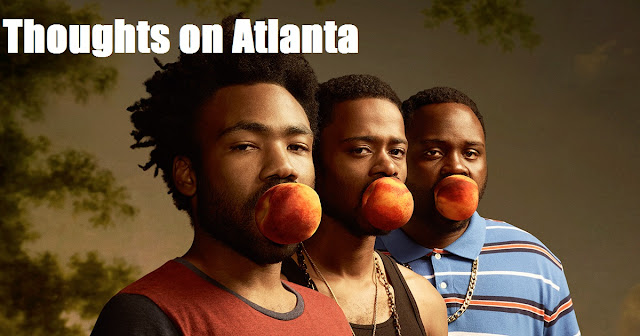